It might be off the front pages, but the pain of sexual trauma does not go away.

It might be off the front pages, but the pain of sexual trauma does not go away.

I was looking back through some of my blogs for the last year and doesn’t the time before Coronavirus seem a long time ago? 2020 felt a very long year for most of us. To remember the time, back in January and February last year, when Corona was a beer and we wore masks for fun, seems like looking into another world.

One effect of the pandemic is that news stories which would have been on the front pages all the time and on our TV screens morning noon and night have been all but forgotten. This is understandable, but it is not necessarily desirable. The things going on in the world which affected us before Coronavirus have not gone away. If those things were traumatic and hurtful then the damage may be continuing under the news radar. For some people their pain has continued unseen and often ignored.

Sexual trauma has not gone away

One area where I know this is true is in the area of sexual harassment and abuse, where I work to help people overcome these traumas and build a new life and way of feeling and being.

Last year at this time, the world was gearing up to the trial of Harvey Weinstein. The trial preliminaries started in early January and the verdict was in March. In fact, the trial process is not yet over and we are likely to see Weinstein back in the news in 2021. There are still outstanding charges in Los Angeles (his original trial was in New York). Also, there are reports that Weinstein is going to appeal his convictions from the New York trial.

For the women directly involved it must still feel that they are in the thick of it and it will never go away. The trial was also very difficult for women who had never met Weinstein but who have suffered from sexual assault or harassment at the hands of someone else. Many of these people, felt their own experiences brought back to life by the focus on the case. In some cases, the constant news coverage led to flashbacks and other symptoms of PTSD. If there are more trials and legal actions, which seems likely, then these problems may come up again. I know that many of these people are frightened and dread any further cases.

Unfinished business of the Weinstein trial

My own clients, who come to me for trauma therapy to help overcome the trauma caused by sexual assault or harassment, tend to fall into two camps when it comes to Weinstein. The first camp was relieved that the domination of Coronavirus in the news meant that Weinstein was off the front pages. The second camp had a more complex reaction. They were pleased to see a resolution with the Weinstein verdict, but they also had a sense of unfinished business. In our sessions they often ask these questions. What happened to the women who testified? Are they okay after the trauma of having to give evidence? Will Weinstein be able to use his money and influence to somehow get out of the sentence? What about the people around Weinstein, the people who knew, are they every going to be called to account? How am I going to feel about other trials, such as the upcoming trial of Ghislaine Maxwell?

I do not try to answer these questions. In fact, I discourage my clients from spending too much time Googling to try to find out more information about the cases. Getting into the finer details of legal settlements, compensation claims and the like does not seem a good way to create a peaceful and healthy mental state, at least for most people. Different tactics will often work better.

How can survivors of sexual trauma find peace and mental wellbeing?

When my clients want to talk about the Weinstein case and their feelings, I often start with the positives which we can draw from the events.

The trial shed a light on what had been an open secret in the movie industry. Suddenly, the whispered rumours, the behind-the-scenes warnings about predatory sexual behaviour were out in the open. We all saw that sexual harassment existed, and it damaged people. We also say that when enough brave souls were saying they were not going to put up with it any more it could change the landscape.

The women who gave evidence at the trial were believed. Even Weinstein’s wealth, which enabled him to hire the most expensive lawyers, did not stop a jury finding him guilty of several serious charges.

Weinstein himself became toxic. His reputation was completely wrecked. The message that behaviour like his could be career-destroying was heard loud and clear.

The #metoo movement showed that these issues went far beyond one industry or country. As more and more people spoke out it became clear that sexual harassment and abuse were everywhere and could harm anyone.

For many people it was the first time they did not feel alone.

The bad news: Prosecutions for sexual assault are down in the United Kingdom

There are negatives as well, unfortunately. In the United Kingdom successful prosecutions for rape and serious sexual assault continue to fall. There are complex reasons for this. The law is a drawn-out process. Even before the pandemic, cases could take years to come to court which meant victims had to keep the events fresh in their minds. This makes it difficult to move on and heal and so it is not surprising that many decide not to pursue their attackers. Many victims fear that their sexual history and behaviour may be attacked in the court. Unfortunately, this fear is well-founded and for some can be as bad as the original crime.  The whole legal process can feel like a fresh assault. So, for many a desire to just forget the whole thing seems more important than pursuing justice.

I always keep the focus on the well-being of survivors. And I know it is possible to survive assault or harassment.

One good side effect of the Weinstein trial was a focus on the trauma suffered by victims. This spotlight meant we could talk about trauma in a new way. It also brought some very good practitioners in the field to public notice.

One such woman is Louise Godbold. She herself suffered at the hands of Harvey Weinstein and she was aware of how hard it was to overcome her trauma as it was impossible to ignore Weinstein. He was constantly all over the newspapers and TV for decades after her experience and this made it seem fresh to her.

These feelings, spurred her to learn everything she could about how trauma following sexual assault damaged people and what could be done about it. She now has a non-profit organisation called Echo which trains and gives educational resources to trauma survivors.

I would endorse many of the techniques she mentions as ways to help overcome trauma.

I would also like to focus on an important fact. We all react differently to adverse events in our lives. This is because we all have our own unique world view and set of beliefs. These can help or hinder our recovery from a sexual attack. These beliefs might have been with us for a long time, many of them will be rooted in our childhood experiences, but this does not mean that we cannot change them. Modern cognitive techniques, such as eye movement techniques for shifting memories and tapping techniques to release trauma can help here, as can the process of cognitive hypnotherapy. So, if you find that self-help is not enough, please contact a professional like me for one-to-one help. Often it only takes a few sessions and it can transform your life.

Having said this, self-help is often a good place to start and Louise details some of the things you can do to build your resilience in this article.

I thank her for all her work and it is so good to know that there are people like her, who turn their trauma into help for others. This is some of the good which has come from the sorry saga of the Weinstein trial.

Women burning out at work faster than men. They think they need to work harder to get recognition. https://buff.ly/3gGlxLp 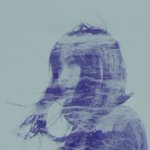 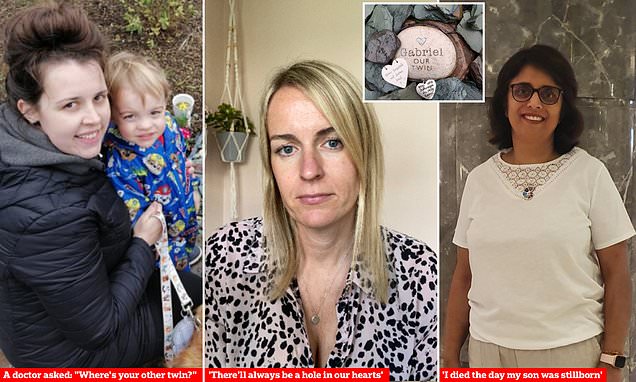 Femail speaks to women who've endured the death of a baby, including Ritu Sharma, from Birmingham who lost three babies, one at 20 weeks, one at 27 we...

What is PTSD and how do you know if you have it? ()
It is more complicated than you might think

Expert Health and Beauty | Get The Gloss

Get The Gloss is the UK's leading authority in beauty and health. Founded by Susannah Taylor and Sarah Vine, we have the latest expert advice, produc...

"The investigation took a year. It felt very dragged out and very secretive. It felt like they were waiting for me to give up," she said.
Focus on sexual harassment in universities. A big and ... underestimated problem